Having a problem? Sorry about that!

Please contact us at info@knsynahealth.co.za with the details of your problem. We will get back to you ASAP!

What are the two most healing foods for the gut?

A healthy gut lining acts as a selectively permeable barrier, effectively controlling what remains in the gut lumen, and what is able to pass into the interior of our bodies. Gut inflammation and increased gut permeability have become leading mechanisms and perpetuators of chronic disease, especially in Western Nations. This is especially true of allergy based diseases, and auto-immunity. Examples of these conditions include:

There are many factors that contribute to this increasing burden of disease. These include:

• Sensitivity to gluten containing grains
• Sensitivity to dairy protein, particularly casein
• Processed foods
• Toxins in foods, such as chemical additives, pesticides, herbicides and fungicides. Many pesticides have been approved as “safe” in that they do not interfere with human physiology, however they do have effects on the gut microflora, and so indirectly may lead to disease. Imbalanced gut micro flora are strongly implicated in both allergy and autoimmunity.
• Stress – it’s not always what you are eating, but sometimes what’s eating you, that can be affecting your gut function
• Too little or too much fiber-rich food

Conventional medical approaches have in the past really struggled to address this growing problem, and have been primarily involved in addressing the downstream consequences of the inflamed digestive system and “leaky gut”.

These approaches are immune-suppressive, and as such, may inadvertently interfere with other aspects of immune vigilance. They are also not directed at addressing the reasons why the problems exist, and so are often relieving symptoms, rather than curing the disease.

If we have correctly identified the drivers of the condition, then modifying our exposure to these drivers is the most appropriate action we can take to correct the dysfunction.

Once gut permeability starts, the exposure to a wide array of food items results in sensitization of the immune system to many foods. For this reason it is usually best to start with an elimination diet that removes most of the antigenic load, and replaces it with foods that are usually well tolerated. Exceptions to this are foods that are on the “allowed” list, but that strong sensitivity has been demonstrated. Examples may include eggs, which many people are sensitive to, but are not a fundamentally “bad” food.

Below is an example of a typical elimination diet:

The above diet may greatly reduce the signals that are inflaming the gut, however it is also possible to eat specific foods that drive the healing process:
Stewed apples and bone broth…

Stewed apples have been highlighted by Michael Ash in the UK as possibly the most healing foods for an inflamed gut. Below is a link to his article published in CAM magazine:

Michael Ash: Is this a Perfect Functional Meal for Mucosal Tolerance?

The recipe is extremely simple:

Directions
Peel and core the apples and chop them into small evenly sized pieces.
Put all the ingredients in a covered, heavy-bottomed pan and cook for about 15 minutes, stirring regularly. Cook until soft with rough shapes, no longer identifiable as apple slices. The color should be a russet brown with the cinnamon effect.

These may be eaten warm, or cold. I suggest making up as many small containers (sized to hold 1 – 1.5 apple equivalent in each) and covered and put in the fridge for easy recovery and to avoid food deviation due to lack of availability and so maintain compliance.
In cases of severe gut inflammation, and if faster results are desired, the following options can also be included:

The following recipe can be scaled up or down according to the size of your pots or slow cooker. Bone broth has amazing healing properties for an inflamed gut lining and is the most important part of the “Gut and Psychology” diet, or GAPS diet.

Method:
1. Place bones in a pot or a crockpot with apple cider vinegar and water and allow to stand for 1 hour. The vinegar will start to leach the minerals out of the bones. Add more water if needed to cover the bones.
2. After the hour is up, add the vegetables bring to a boil. A scum will quickly develop on the top. Skim this off and discard.
3. Reduce heat and simmer very slowly for 24-72 hours.
4. During the last 15 minutes of cooking, throw in a handful of fresh parsley for added taste.
5. Allow the broth cool and remove all the bones. Check that all marrow is knocked out of the marrow bones and into the broth.
6. Add sea salt/ Himalayan rock salt to taste.
Drink the broth as is or store in fridge up to 5 to 7 days or freezer up to 6 months for use in soups or stews.

What you can read next

Love the skin you’re in! 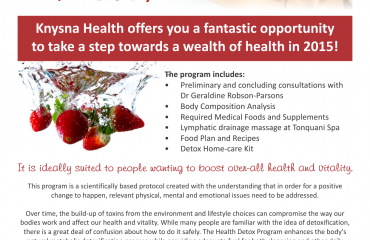 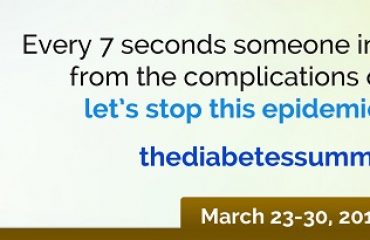 You are invited to join us for the Diabetes Summit (Free)